On Valentine Day, 2012, yet another cairn was discovered in our complex; the 27th. Suitably enough it was designated "Valentine Cairn" at least temporarily and in tribute to my bride.

This feature was found nearer the creek than any of the others, but well above the historic flood plain and further west than any other one.  It is of substantial size, compared to the rest.  Although it remains unmeasured, I suspect it will rank among the top four in volume.  There are more larger stones in Valentine Cairn than in the others, perhaps because of its position near the terminus of the rock fall.

When discovered it was completely hidden by Asian honeysuckle, an exotic invasive plant found all along the creek.  The first image shows the results after the initial layer of honeysuckle was removed.  Subsequent days of labor show its emergence and the eventual removal of trees to permit better photographic documentation.

There appears to be some minor disturbance.  Several stones on the west flank seem to have been moved, revealing the flat table-like feature.  But no serious disturbance is obvious. 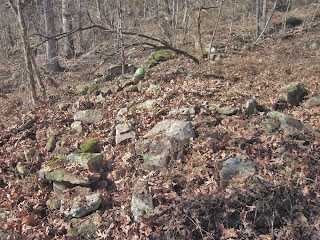 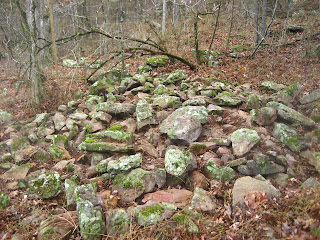 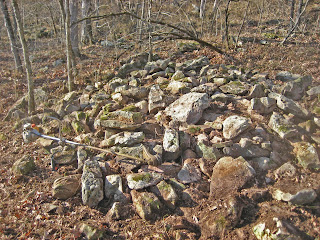 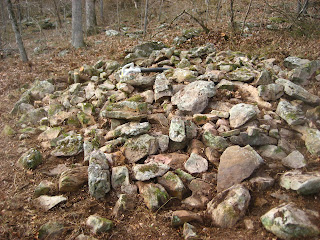 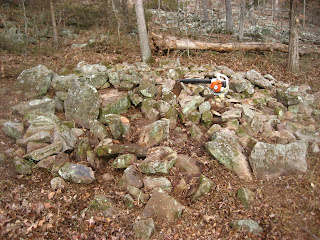 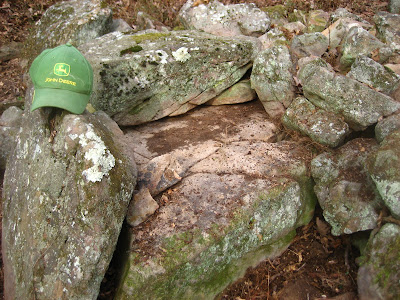 Close-up of the "shelf" feature in above image 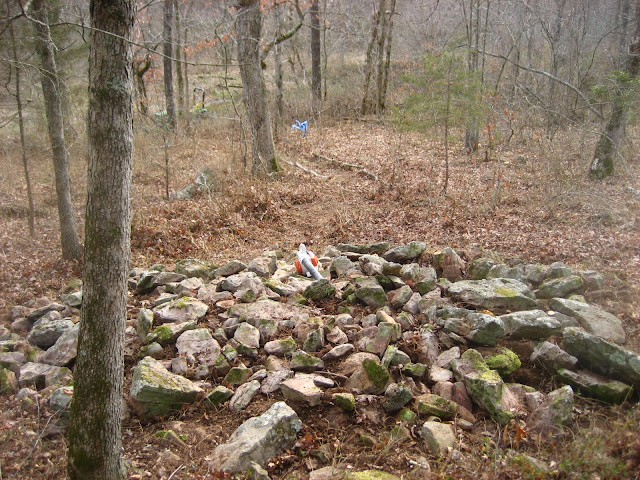 South view.  The green tractor in the upper section is parked on the bank of the creek.